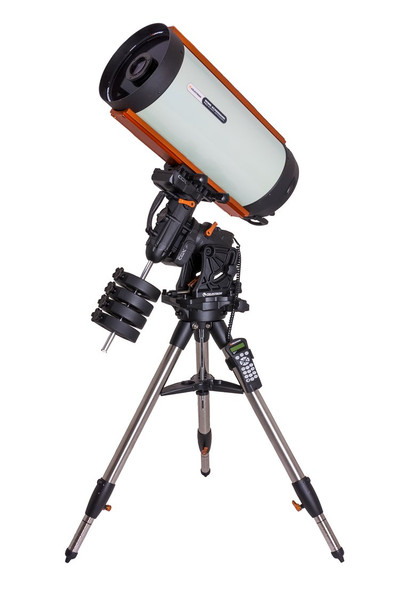 If you’re an experienced imager, you’ll love taking this portable mount to a dark sky site and enjoying all the conveniences of a larger observatory mount.

RASA 11 V2 builds on the legacy of Celestron’s Schmidt Cameras, which allowed astrophotographers to produce images with much shorter exposure times on film in the 1970s.

Today, with CCD sensor sizes as large as film or larger, the RASA 11 V2 offers a 43.3mm optimized image circle to capture pinpoint stars on the largest imaging chips. Optical performance for huge sensors with diagonals of up to 52mm wide is still excellent.

Combine this large image circle with a focal length of just 620mm and you have an instrument suitable for wide-field imaging, creating huge mosaics of the night sky, surveying, and even comet hunting.

MSRP:
Your price: On Sale: $3,500.00
Was:
Celestron Advanced VX 8in EdgeHD Telescope The Mount: Compact and portable, the Celestron Advanced VX(AVX) German equatorial mounts offers the same rigidity as our larger mounts with minimal flexure...
CEL-12031