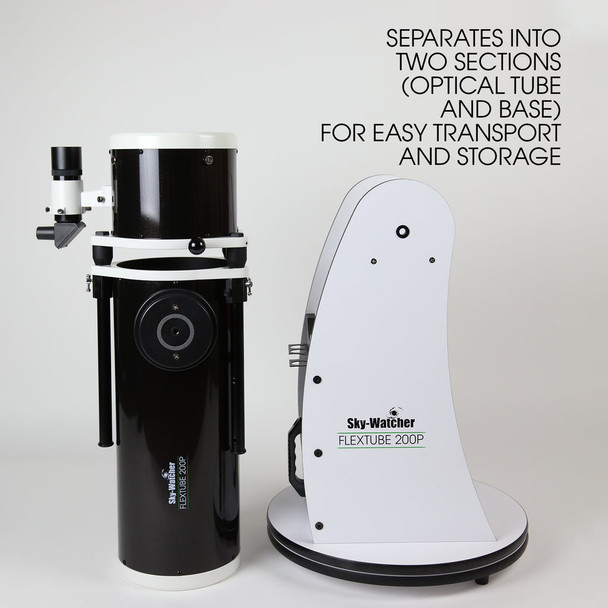 For decades, the Dobsonian stood as a DIY staple of amateur astronomy, usually constructed with two mirrors, a tube and a base. Often referred to as ‘light buckets’, Dobsonians provide users with the highest possible aperture for their money when compared to telescopes of a similar size, such as Schmidt-Cassegrains or refractors. Developed in the 1970s, the Dobsonian-style telescope is an inexpensive solution for bright, detailed visual observing using a simple design. The name ‘Dobsonian’ comes from the telescope’s inventor, John Dobson, a Vedanta monk who popularized sidewalk astronomy and dedicated his life to astronomy outreach. Dobson was well known for constructing large aperture reflecting telescopes capable of deep sky viewing, using low cost materials. These were often made with found materials, heavy cardboard tubes, recycled porthole glass, and plywood mounts. Dobson, who literally wrote the book on how and why to make amateur telescopes, encouraged other astronomers to assemble their own telescopes and taught workshops on telescope making.

The Flextube Dobsonian innovates on that original design, offering users the ability to collapse the optical tube using a proprietary truss-tube system while retaining its collimation. The optical tube uses a parabolic primary mirror, constructed of borosilicate, then polished and coated with our proprietary Radiant™ Aluminum Quartz (RAQ™), producing a remarkable 94% reflectivity. With an 8-inch aperture, the Flextube 200P Dobsonian collects 816 times more light than the human eye! This simple yet effective design is perfect for visual observation of faint objects, such as nebulae, star clusters, and galaxies.

At Sky-Watcher, we stay true to the traditional John Dobson design, while offering a fresh look for the 21st century. Although we love computerized telescopes, using a star chart to find objects by hand can be far more fulfilling and will improve your knowledge of the night sky. Unplug your electronic devices, step outside, and become immersed in the wonders of the universe.

MSRP:
Your price: On Sale: $2,140.00
Was:
Sky-Watcher Flextube 300P Collapsible Dobsonian For decades, the Dobsonian stood as a DIY staple of amateur astronomy, usually constructed with two mirrors, a tube and a base. Often referred to as...
SKW-S11740